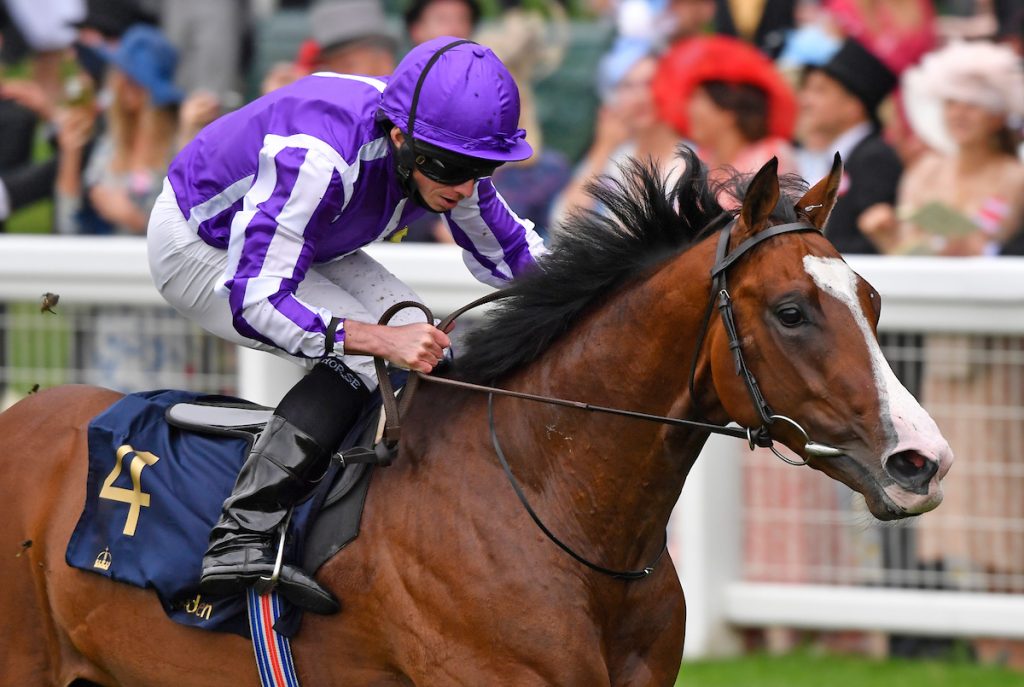 The seven-furlong contest is restricted to two-year-olds whose dam or sire won over a distance in excess of nine and a half furlongs. Point Lonsdale’s sire Australia was a dual-Derby winner for the same connections – Aidan O’Brien and Coolmore.

Ridden by Ryan Moore, the 10/11 favourite was made to work hard by The Queen’s Reach For The Moon (11/1), with the two fighting out quite a battle throughout the final furlong. Point Lonsdale had just enough to prevail, edging out the runner-up by half a length. Great Max (15/2) was three and a quarter lengths further back in third.

O’Brien, celebrating his 76th win at Royal Ascot, said: “Sorry about that [beating The Queen’s horse], but we are delighted with Point Lonsdale. He obviously had had only one run at The Curragh, and he’s still a bit of a baby. Ryan gave him a lovely ride.

“Rachel, who rides him every day, Seamus, who rides him in his work, Alex and John, everyone’s always been happy with this horse and thought a lot of him.

“It’s unusual for an Australia to be that forward, with a pedigree like his, which is a middle-distance pedigree. From day one, he always showed an awful lot of speed and was obviously out very early for an Australia. It all was very natural, the way he did everything. He’s a typical Australia in that he’s full of that Galileo [style] – his head goes down and he’s really genuine when you ask him, and he digs very deep.

“We were worried about the ground a little. Broome [his full-brother] bends his knee a little bit, but this horse doesn’t and is a low, slick mover. None of those horses in that race would have encountered ground like that before.

“We have the Tyros, Futurity, National, Dewhurst. All those races are open for him and we’ll see what the lads want to do.

“You’d be hoping he’d be a Classic horse, and being able to do that, a Guineas, Derby-type horse. That’s what we’d be hoping for.”

It was a 64th Royal Ascot success for Ryan Moore, who said: “Port Lonsdale is a typical Galileo [grandsire] and he’s from a good family.

“He is still learning. It is very attritional conditions and he’s doing this on just pure class at the moment. He doesn’t need this ground, he just handles it.”

Thady Gosden said of Reach For The Moon: “It was a great run and we’re really happy with him. That was only his second career run, he is still very inexperienced.

“I think Reach For The Moon and the winner Point Lonsdale got lonely in front, but they both ran on well and look two nice prospects.

“Obviously our lad handled the ground, but he would also prefer better ground in the future – he is one to look forward to.”

Click here for an audio interview with Aidan O’Brien: