Murphy makes it five with Foxes Tales in Golden Gates 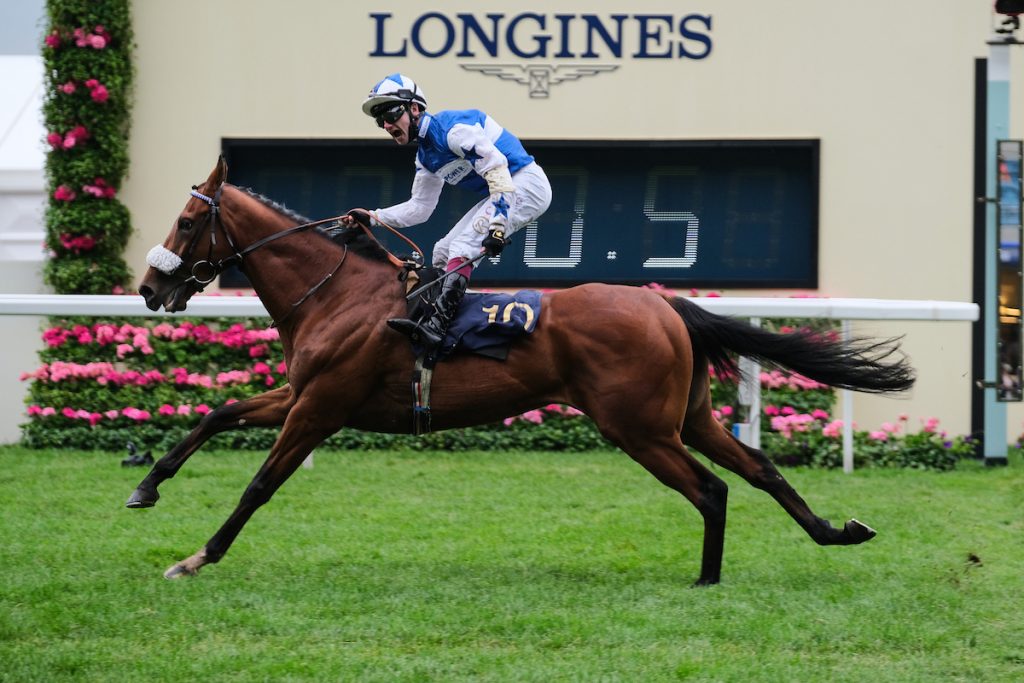 Oisin Murphy wrapped up the Royal Ascot Leading Jockey title with his fifth win of the week on Foxes Tales in the Golden Gates Handicap, a three-year-old contest over ten furlongs.

The Golden Gates Handicap was among the six prizes added to the race programme in 2020 and one of three newly named contests.

Foxes Tales (13/2) quickened smartly from the rear of the field to win cosily and had two and a quarter lengths in hand over runner-up Visualisation (16/1) at the line. Irish Legend (22/1) was a length further back in third.

Murphy said: “Foxes Tales is very talented. He is quite lazy. He didn’t want to race early and then he decided to go for a walkabout down in the straight.

“It was interesting race. I decided to follow Jim [Crowley] on safe ground down the inside. They were always going to peel off down the middle; I got a lovely run down the fence, and I thought I’d stay on it so he’d have something to race with, but he wandered across the track dramatically.

“It’s brilliant for King Power – they’ve put so much into British racing, and it’s great for them. They are huge supporters of British racing, myself, Andrew Balding and Silvestre De Sousa, and to repay them on the big stage is massive.

“Never in my wildest dreams did I think I would be top jockey at Royal Ascot. When I was a child, I watched this meeting with my parents and I never thought this armband belonged on me, but thankfully the last few days have been incredible.”

Balding said: “It has been a fabulous week. I am so pleased to get a winner for King Power. They have been great supporters of ours and it’s been a privilege to train for them, and the horse looked like a good horse as well.”

Click here for an audio interview with Oisin Murphy: