Murphy bounces back with victory on Alcohol Free in Coronation Stakes 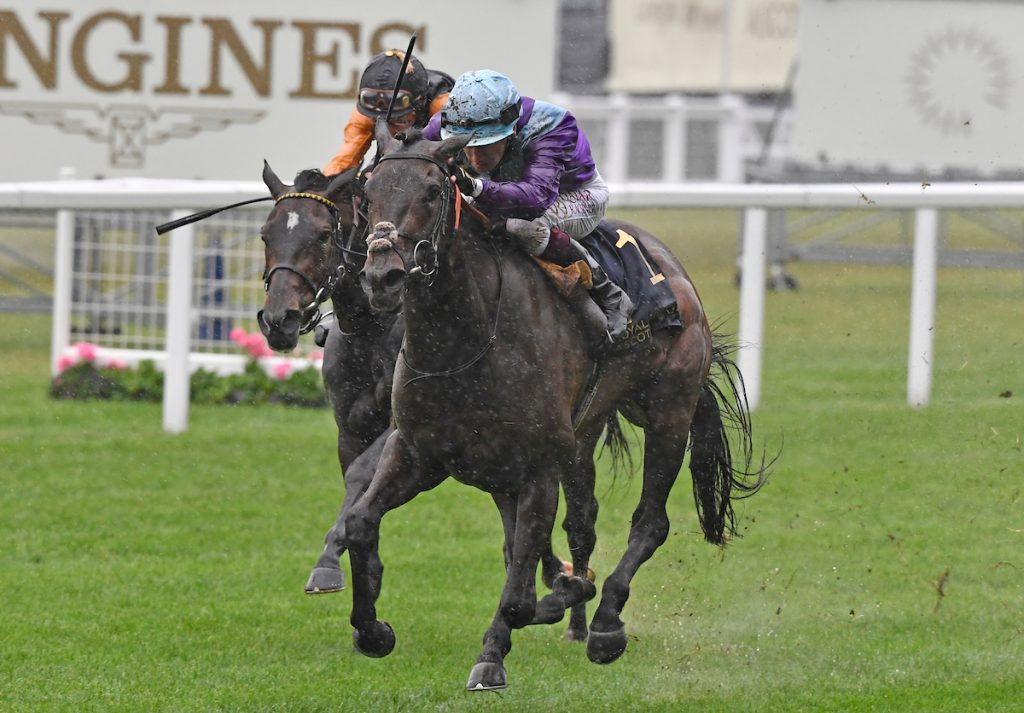 Oisin Murphy bounced back from losing a G1 in the stewards’ room by winning the G1 Coronation Stakes 40 minutes later aboard Alcohol Free (11/2).

The Andrew Balding-trained filly was fifth in the QIPCO 1000 Guineas on her latest start, but turned the tables on the winner that day, Mother Earth (9/2), who finished third. Second place went to Snow Lantern (14/1), a length and a half behind the winner.

Alcohol Free – racing in the famous Jeff Smith silks – gave Balding a 109.5/1 Friday Royal Ascot double, and a third winner of the week. Murphy was also scoring for the third time this week, joining Frankie Dettori at the head of the leading jockey standings.

Murphy said: “I didn’t get a chance to stress ahead of Alcohol Free. I had a plan and I don’t know if Andrew agreed me, but he filled me with confidence when I told him what I was going to do.

“She jumped normal and what worried me was the clerk of the course decided to put the stalls on the far rail. That was fine, but then everyone wants to get to that rail, so it is congested and I was worried it was going to get congested.

“Alcohol Free relaxed, I stayed on the bit for as long as I could and given her pedigree, she was always going to handle the ground.”

On losing the G1 Commonwealth Cup in the stewards’ room, Murphy said: “I am disappointed for the connections of Dragon Symbol. There was a massive Japanese interest, he finished the race in front, but it wasn’t meant to be.

“Sorry to the Japanese fans and to Archie Watson’s team, and well done to Wesley Ward.”

Speaking about coming out for the Coronation Stakes straight after the outcome of the stewards’ enquiry, he added: “I said to my valet when he put his hand around me: ‘there’s no place for tears in here. There are far worse things going on in the world, we’re in the entertainment industry, and I’m steering these marvellous animals and keep looking forward to the next one’.”

Jeff Smith said: “It was very emotional because we felt we were very unlucky in the Guineas and there’s only one Guineas.

“The whole team at Kingsclere have just done a wonderful job. They’ve trained her for this race, after the Guineas, as a specific target and what a delivery. It’s just absolutely fabulous.”

Balding said: “Alcohol Free is very classy. We had heavy hearts after Newmarket because it isn’t often you go into a Classic expecting to win it. For whatever reason it didn’t pan out that day and she was below-par, but she was back to her best today, and she looked pretty good.

“We were a bit concerned when all the rain came, because her stamina wasn’t guaranteed, but full credit to Oisin – it’s the measure of the man to have the disappointment he had five minutes before they go in the stalls, and to give her such a good ride takes some doing.

“We have worked her at home plenty of times on soft ground, it doesn’t inconvenience her and she travels very strongly; it was just whether she would see out the final furlong, and I was very grateful that she really powered home.

“Today was the first time ever she has got some cover, and it’s been through ill-luck rather than design that she hasn’t before. The slightly awkward draw turned into a really good draw when they started to race down under the trees, and she got some cover and switched off beautifully.

“She did win a G1 last year, so there’s never been any doubt about her ability, but she needed a bit of luck and everything to drop right.

“She’s in the July Cup and the Sussex Stakes – whether she does both or one I don’t know, but I think we’ll stick to Britain this year.”

Reflecting on the week so far, Balding added: “This is the reason we do it. We have been looking forward to this meeting and had such high expectations. We had plenty of horses to run here and we thought we should have one winner with the number of horses we’ve got; two winners is fantastic, but three is cloud nine. We’ll have a bit of fun tonight.

“It’s great to do it for Jeff Smith – ask any of his trainers: he’s loyal, patient and he loves racing. He loves his horses and there is never any pressure; it’s just fabulous when any of us can get results for him.”

Trainer Richard Hannon said of Snow Lantern: “Her day will come and she’s run a super race. We had a point to prove after York. She is an aeroplane. In terms of what I came here wanting, she’s done – she was so much less keen.”