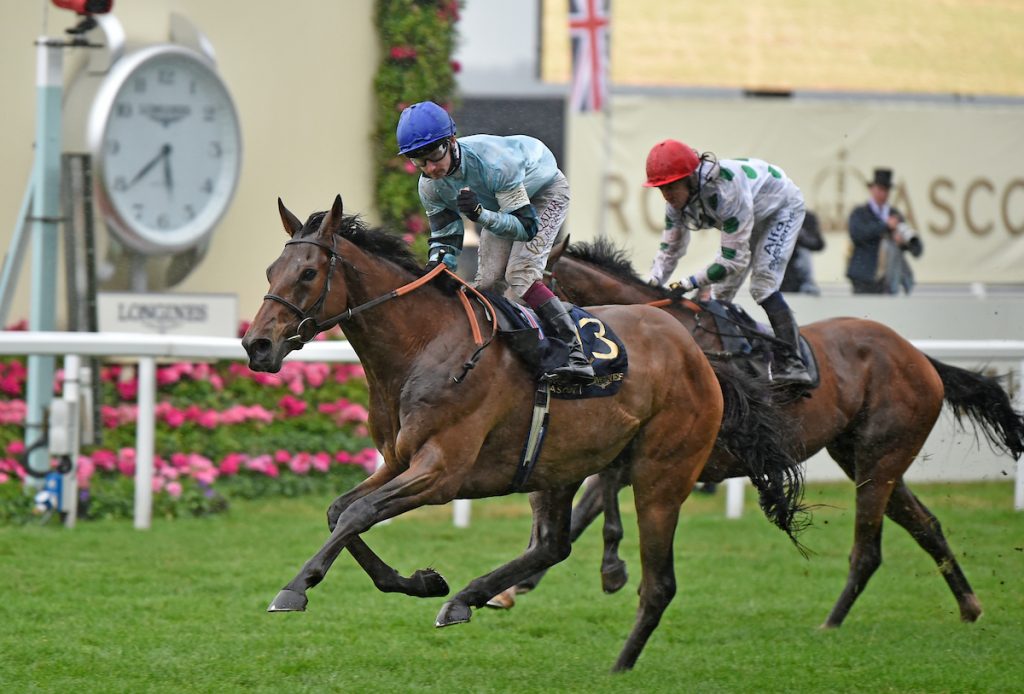 Trainer Hughie Morrison continued his love affair with the Duke of Edinburgh Handicap, winning it for the fourth time with 7/2 favourite Quickthorn.

The four-year-old son of Nathaniel appears to be improving fast and showed plenty of staying power under Oisin Murphy to land the mile and a half contest. Raymond Tusk (25/1) outran his odds in second, beaten a length and a half, with Zabeel Champion (17/2) less than a length further back in third.

Murphy has now established a clear lead at the top of the leading jockey standings with four wins, one clear of Frankie Dettori.

Morrison, enjoying an eighth Royal Ascot success, said: “Last year, Quickthorn just wasn’t quite right. We took a very brave decision and turned him away for six months and look what we got.

“The few times I have won this race before, we have always got beat in our run up, but he’s obviously a very good horse.

“We have always tried to keep him to ground which isn’t too quick, but as long as he takes his racing well, we might be a bit braver.

“I suppose we can dream about the Ebor maybe, but Oisin said he’s plenty quick enough at a mile and a half, so I wouldn’t worry about that. We might go for a Group race or something.”

Murphy said: “Hughie is a family friend and he’s been very good to me since I started riding. I am thrilled to ride him a Royal Ascot winner.

“Hughie is a top man, such a character, and I get on great with him. I know this was a very cleverly thought out plan. The lads in the yard work extremely hard and I know they fancied him, so they’ll be having a big party.

“Lady Blyth [owner-breeder] is a huge supporter of lots of trainers and I know this will mean the world to her. She loves her horses and she’s here, which is fantastic.

“This horse is gorgeous – a big mover with a massive stride. He settled into a beautiful rhythm and gave me a lovely ride – I really felt at one with him the whole way round. He was chilled out. I thought he was very well handicapped, but you never know coming to Ascot.”

Reflecting on owner/breeder successes across the week so far, Lady Blyth said: “Great – I don’t quite know why, but it’s our year!

“It’s different when you have bred them yourself. Absolutely different. We were reasonably confident – Hughie has been very upbeat about this horse.”