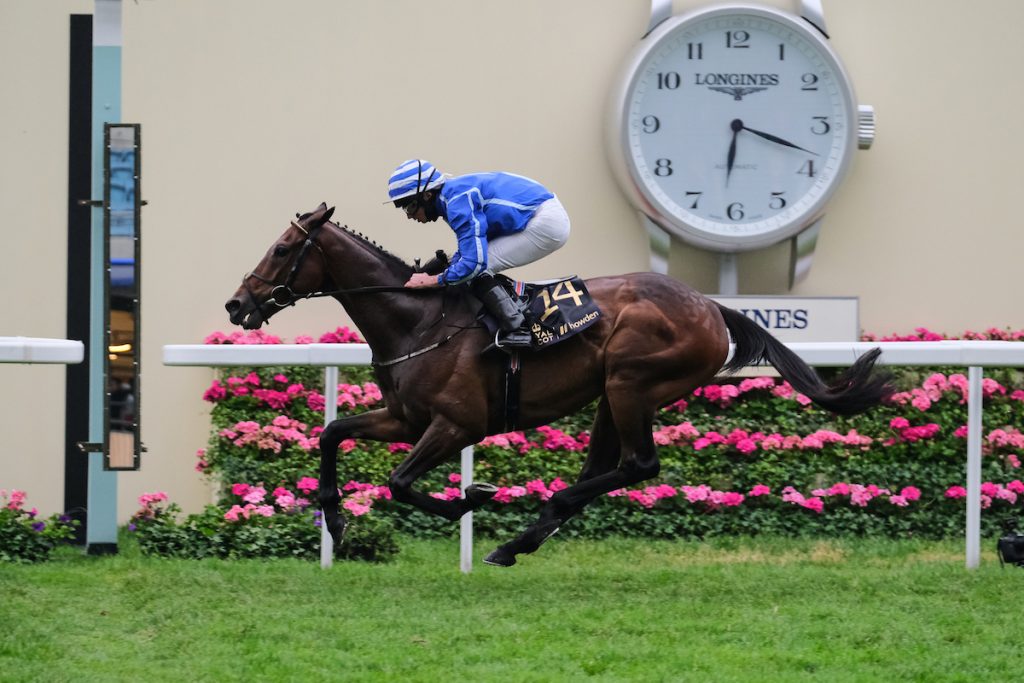 The irresistible combination of Ryan Moore and Willie Mullins teamed up again for Queen Alexandra Stakes success with Stratum, as the curtain fell on another fantastic Royal Ascot.

Run over the marathon trip of two-and-three-quarter miles, un-surprisingly it is a race often targeted by Jumps trainers. Moore and Mullins have now combined for three victories in the race, with today’s success following Simenon (2012) and Pique Sous (2014). Moore also won the race on Bergo in 2010 for his father Gary.

Held up off the pace, Stratum (4/1) came with a powerful run in the closing stages, pulling three and a quarter lengths clear of runner-up Calling The Wild – who ran a huge race at odds of 40/1. Last year’s runner-up The Grand Visir (17/2) ran well again to finish third.

It was a 66th success at this meeting for Moore, and a 37/1 Royal Ascot Saturday treble.

Mullins, enjoying his seventh Royal Ascot triumph, said: “I thought Stratum never looked so well and he ran like he looked.

“Even though the ground didn’t suit him ideally, he probably handled it a lot better than other horses.

“I think Ryan was in the position that he wanted to be in. He came off the bridle probably just turning for home, and I thought he would finish in the first four anyhow. As he got to the first four, Ryan just weaved his magic.

“It is a huge advantage to have someone like Ryan Moore riding for you when we bring over these types of horses. I am delighted.”