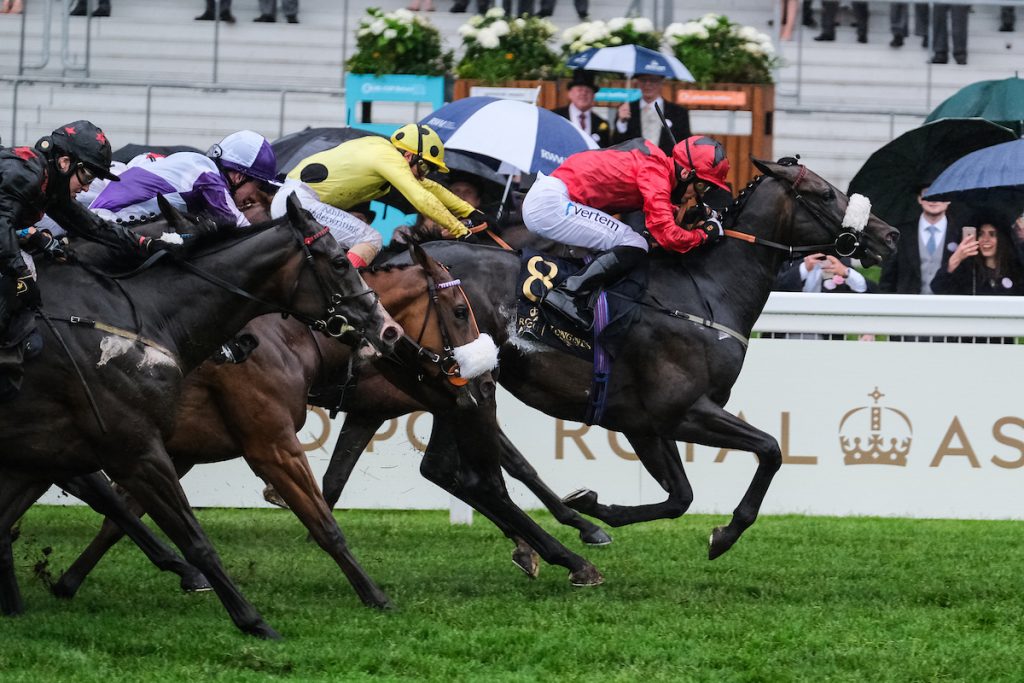 Clifford Lee added his name to a growing list of jockeys who have registered their first Royal Ascot success this week when partnering Significantly to victory in the Palace of Holyroodhouse Handicap, the final race of day four.

The Palace of Holyroodhouse Handicap over five furlongs for three-year-olds was one of six additional races to be run at Royal Ascot in 2020 and has been retained as part of the expanded seven-race daily programme.

Sprint handicaps over the minimum distance are always a spectacle, and this race was no different, with the Karl Burke-trained Significantly (10/1) hanging on by a head over the fast-finishing Boomshalaa (9/2). Fantasy Master (16/1) and Dream Composer (13/2) were half a length and a head further back in third and fourth respectively.

Lee said: “I am delighted for the boss and the owner Jeff Laughton, who has been really good to me. He put me on a nice horse and it has paid off.

“The conditions are very messy. I have been watching the races all day – it looked very soft and felt very, very soft. It was very hard work, especially that last furlong. We were drawn next to the rail and the plan was to get as close to it as I could and hopefully, he’d give me a good ride.

“A first Royal Ascot win is really important and means the world. We’re in this game to ride winners and find a really nice horse, and not many of them come around, but when you get the chances, you have to take them with both hands.”

Karl Burke, celebrating his third Royal Ascot winner, said: “Significantly is a very talented horse, and has shown that all along, but he always saves a little bit for himself.

“This race had been a plan for a while and, to be fair to Jeff Laughton [part-owner], this was his plan. We were second to Dragon Symbol and the conditions of that race meant his mark couldn’t be moved, so we thought we should come here off 92.

“I think Significantly is a 100-plus horse. He has always been a good work horse. He was called a few names, but to be fair we’ve learnt how to ride him now by hanging onto him a bit and producing him with a turn of foot.

“The stands’ rail seems to be the place to be. I would not have been happy if we had been chinned having come off the rail, but it’s great.

“Clifford is a good lad. He is in the yard six or seven days a week and works hard. He has plenty to learn, but he is as strong as anybody in a finish.”