Drama in the Commonwealth Cup as Campanelle promoted to first 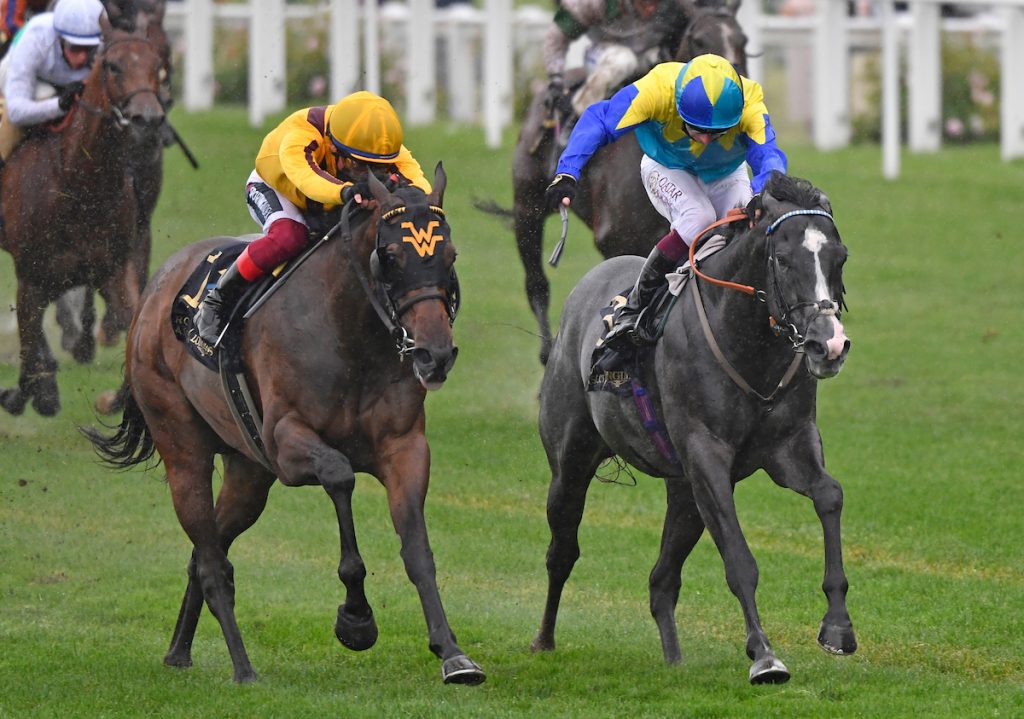 The Wesley Ward-trained Campanelle was awarded the G1 Commonwealth Cup in the stewards’ room following a dramatic renewal of the six-furlong contest for three-year-olds.

Campanelle (5/1), ridden by Frankie Dettori, and Dragon Symbol (4/1) for Oisin Murphy fought out a ding-dong battle throughout the final furlong, with the latter having a head to spare at the winning post.

However, interference was deemed to have taken place, with Dragon Symbol drifting right as they raced to the line, and the US-challenger was promoted to first place. Measure Of Magic (11/1) was five lengths behind the front two in third.

Ward said: “We are elated. Both horses ran fantastic, they dug down deep and there were only inches apart. I think it was a validated result – in the United States terms, he has taken her across the track. Archie Watson shook my hand after the enquiry, a true gentleman.

“This was Campanelle’s first run since the Breeders’ Cup. It was a gritty performance on heavy ground and, to come back from that, it is a true testament of how good this filly is.

“I actually thought the ground boded well for her chances. We weren’t sure about heavy ground, but we knew she liked soft ground.

“Winning at Royal Ascot is so special, especially with my children here from the onset in 2009, it has been so special. To have Campanelle ponied down by my first winner Strike The Tiger too means a lot.

“Royal Ascot has changed my life. If it wasn’t for Royal Ascot, my kids would be going to community college and instead my eldest son is going to law school in August.

“We’ll sit down with the owners. Campanelle worked well on the July Course, but the July Cup could come a bit quick. I have run horses in the Prix Maurice De Gheest in the past and I think she’ll do well whatever ground comes on the day. I think it would suit.

“Campanelle is going up the pecking order. Lady Aurelia was very special, but if she keeps delivering, she’ll keep going up!”

Dettori said: “It is never nice winning a race in the stewards’ room. I feel sorry for Dragon Symbol’s connections that I took it off them. But in these conditions, when you are taken across about eight lanes, I got nudged three times, lost my momentum and got beaten a head, so the stewards felt they gave me the benefit of the doubt.

“I was coming back on the line, and it was a good effort by Campanelle and by the original winner, but I’m glad that we’ve got it.  I feel very sad that I got it, but I had reason to believe that my filly was still the best on the day.

“Campanelle won the Queen Mary, she won the Prix Morny, and now she has won the Commonwealth. They keep on bringing horses here and I’m always delighted to ride winners for Wesley.”

Click here for an audio interview with Wesley Ward: