Alenquer one for the punters in King Edward VII Stakes 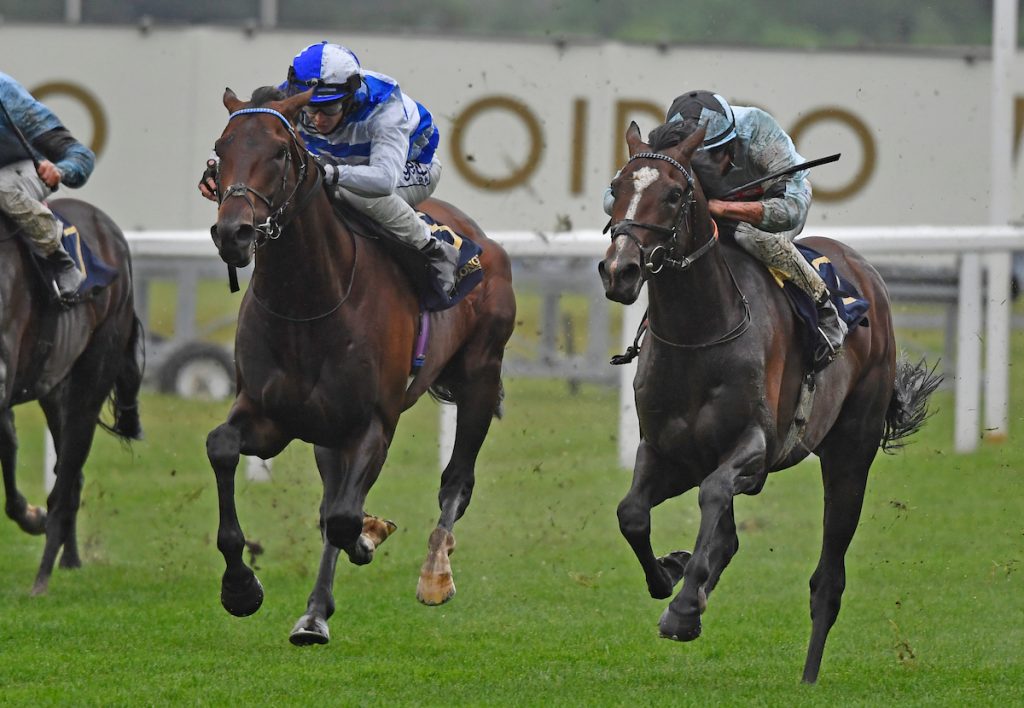 The 12-furlong contest for three-year-old colts and geldings is often referred to as the ‘Ascot Derby’, and Alenquer beat Derby winner Adayar at Sandown Park earlier this season before having his Epsom ambitions halted by a minor hold-up.

This was a second winner of the week for trainer William Haggas, following Mohaafeth in the G3 Hampton Court Stakes, while Marquand was enjoying a second career success at Royal Ascot after breaking his duck in 2020.

Maureen Haggas, wife and assistant to William, said: “Alenquer is turning into a really nice horse. He didn’t do much wrong last year, but he was probably a bit immature still. He surprised us a little bit at Sandown – the manner in which he won – but he’s more grown up this year. He’s a bit of a boy at home, but at the races this year he’s been really professional and focused, and he’s definitely going the right way.

“I think he was a bit fresh though, a little bit keen the first furlong, but once Tom had him in behind and settled, he was great. He could easily be a St Leger horse, but it’s hard to know really. He wasn’t stopping here, so I think we will just see how it goes.

“We can’t control the weather – we just have to get on with it. If it suits, it suits, and if it doesn’t, it doesn’t. To be honest, today, we didn’t know whether it would suit or not, but this horse is German and German horses often go in the slow ground, so we thought we’d give it a go and find out. I think he is pretty versatile – just a thoroughly nice, tough, genuine horse and a good guy to have around. He’s got a pretty good action on him and stayed well today – I wouldn’t say he was ground-dependent.”

Marquand said: “There was expectation rather than pressure from everyone coming into this race. He had a subsequent Derby winner behind him last time out and clearly has a high level of ability. William’s patience was shown to be an absolute virtue with Mohaafeth coming out of the Derby at the 11th hour, and I think it shows the wisdom that he brings is always king.

“It was a shame Alenquer never really got his fair crack after that Sandown Trial win. He just had a couple of little issues and it just set him back a touch. Obviously, being supplemented for the Derby when you don’t have the opportunity of a smooth preparation is tough to do.

“I was a tiny bit cautious about them letting Silvestre [De Sousa] get a free rein on Belloccio, who is a mud lover. On this ground, saving energy is key and I was really happy with him on the way round. With the rails the way they were, it actually helped closing and the ground opened beautifully at the three-furlong pole. I had plenty of horse to go, and Alenquer made my life easy relaxing like that.

“Riding for William and Maureen, everyone does such a great job at Somerville Lodge. Jason at home rides him every day and wrestles with him when he is fresh and well. I have loved being part of the team for the last 18 months.

“I don’t care about the weather. Winning is winning and Royal Ascot is Royal Ascot. It’s great to have another winner here.”

Sir Mark Todd said of runner-up Tasman Bay (10/1): “That was a super run. He is such a lovely horse – he is huge, with a massive stride. He is lovely to ride. I thought we had it there for a minute!

“He just got a bit keen early on but, when he kicked, I thought he might have had it, but the other horse just came at him. He is a beautiful mover and seems to act on anything.”

Click here for an audio interview with Tom Marquand: